Sir James Black, who lived in Herne Hill, was a Nobel Prize winner whose work saved thousands of lives. For a time, he carried out his research in the building that is now Judith Kerr Primary School.

Sir James is one of seven nominees for this year’s edition of the Southwark Blue Plaques scheme, run by the Southwark News in association with Southwark Heritage Association, Southwark Council. He was nominated by the Friends of Judith Kerr Primary School.

The scheme has commemorated the great and good of our borough by awarding Blue Plaques to over 50 recipients since it began in 2013. It would be wonderful to celebrate a great scientist and a piece of our school building’s history with an official and visible recognition.

For more information, click here. To cast your vote before the September 15 deadline, email owen@southwarknews.co.uk stating “I would like to vote for Sir James Black for this year’s Southwark Blue Plaque scheme“.

Please link this item to as many people as you can. The nomination receiving the most votes wins!

A last assembly for the year - in sunshine and on Zoom. A fond farewell to the wonderful Ms Tara and incredible Ms Diana - you'll be greatly missed. Goodbye too, to the children and families leaving us this term. Have a wonderful, relaxing and safe summer. See you in September! 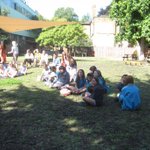 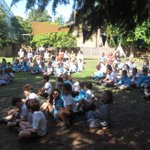 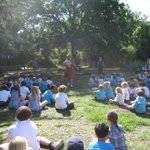 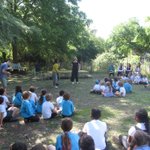 The sun shone for you today Y6, as you have shone throughout your time at JKPS. A perfect farewell: beautiful voices sharing dreams for a fairer future. #socialjustice #BlackLivesMatter
#savetheplanet We'll miss you all and wish you all the best as you set off on new adventures! 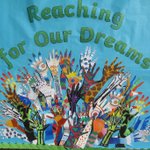 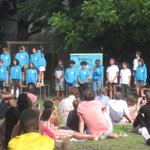 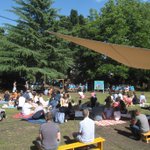 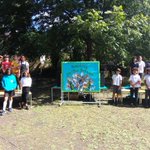 There are many wonderful things about our school, and the extraordinary strength and creativity of our parent community is one of them. Thank you Friends (http://www.fojkps.org) for this very special, heartwarming message - it means so much to us.