Governors at Judith Kerr Primary School have a vital role connecting the school, the local community and CfBT Schools Trust (“CST”), who manage the school on behalf of the Secretary of State for Education. The governing body is also the board that holds the headteacher to account for the school’s educational and financial performance and acts as a ‘critical friend’ of the management team.

Formally, the governors comprise a Local Governing Body (“LGB”) appointed by CfBT Schools Trust. The LGB meets once every half term. It also has a number of formal committees and ad hoc working groups to move ahead with some business areas and report back to the full LGB.

Governors are selected based on their skills and capacity to contribute to the school. Nevertheless, the school and the Trust are committed to encouraging a broad representation on the LGB and in particular, welcome governors who are current or prospective parents at the school. All governors are appointed for a term of 4 years, which can be renewed.

The current members of the LGB are set out below, with a summary table and list of committees at the foot of this page.

Jonathan is the father of two boys at JKPS and lives in Herne Hill.  He has been working as a lawyer in London following university in Birmingham and school in Devon and is currently in-house counsel and company secretary for a Canadian bank. Jonathan has a keen interest in languages having studied and worked in France many years ago and is enthusiastic about the opportunity the school offers for providing his and other children a bilingual education. Jonathan is also a big fan of sports and (if you’re unlucky..) may be seen cycling, swimming and running (slowly) in Brockwell Park, Herne Hill Velodrome and the vicinity (please excuse the Arsenal gear..).

Kristine holds a master degree in economics and gained her NVQ3 degree in education, childcare, development and learning in 2008 in England.

Before she started to work in childcare Kristine was working in large companies in Germany where she worked as business assistant to the CEO. She was responsible for all board meetings, supervisory board meetings and internal communications.

In 2008 she left her business carrier to establish the German Kindergarten in Herne Hill where she served as Director for 5 years. In February 2013 she started the bilingual German/English Kindergarten Forest Hill as Manager and Director.

She very much enjoys working with children, parents and a wonderful team. At the Kindergarten she covers the areas around maths, science and more generally about understanding the world, and as governor of JKPS she focuses especially on the Early Years curriculum. Kristine’s son has been at JKPS since it opened.

Peter is a long-term resident of Southwark. He started the project to form Judith Kerr Primary School in late 2010 and chaired the founder group through to opening. In his early years, Peter was brought up bilingually in English and German, and has always found learning new languages easy and fun. He regrets not having had an opportunity to capitalise on his bilingual start at school, and wanted to make this possible for children today, including his own.

Having qualified as a Chartered Accountant, Peter worked for 9 years as finance director of insurance businesses in the City, and then founded and was CFO / COO of an online international insurance distribution venture. He has remained active in the early-stage technology and services sector, and currently works part-time for a number of businesses in this area. Peter is also a director of openDemocracy, an online publisher of articles on international politics and related themes, to which he has also contributed as editor and author.

Peter is involved in a number of other educational activities: as governor of a primary school in Lambeth; assisting a start-up multi-academy trust; and engaged as a consultant to a project to form a number of new Alternative Provision schools. He has seen the diversity, potential, and aspirations of children and their families from all kinds of backgrounds at first hand, and believes passionately that good choices should be available to everyone.

After living in Hong Kong for almost six years, Axel and his American wife returned to Clapham together with their daughter who is now at JKPS. Being a bilingual family and appreciating the access that additional languages give to foreign cultures, he has a keen interest in multi-lingual education.

Axel spent almost 25 years in the asset management business. Most recently, he headed up the Asian business for an Australian company in Hong Kong and before that was the Head of Europe for a US firm, living in London and Singapore. He has wide experience of setting up new businesses and entering new markets. This included building and managing varied teams and partnerships, and also adapting to different cultures. He served as board director for regulated companies in Hong Kong, Korea and Japan and currently is a trustee of the Cambodian Children’s Fund in the UK and Hong Kong. Here the focus is on helping children living in poverty to break out of the generational cycle through education.

Axel is a dedicated runner, yoga practitioner and weekday-vegan. He and his family also take advantage of what the rich theatre and museum scene in London has to offer.

Jean is a Beckenham-based mother raising two bilingual children with her German husband. She has been involved with JKPS since 2011.

Jean currently works in a policy role at the Bank of England. Before that she spent 7 years in private practice as a transactional lawyer in New York and London. While living in New York, Jean qualified as an Emergency Medical Technician, volunteered as a medic with a local ambulance service, and co-founded a Queens, New York based emergency rescue service.

Jean was lucky enough to have received an outstanding state school education, and would like to ensure that JKPS provides similar opportunities for others. She is the lead governor on Admissions and also the link governor for Inclusion and Special Educational Needs.

Jean’s current side interests are maintaining a daily Mindfulness practice and the relentless pursuit of becoming a more patient / better listening / more chilled out parent. She hopes the first interest will support the second…

Elliot lives locally and was delighted to be appointed to the governing body of JKPS in June 2017. He studied Modern Languages at university and, following a very brief stint with an investment bank, completed his teacher training before joining Dulwich College in 2006. In addition to teaching French and German, he has served successively as Head of Subject, Head of Year, Deputy Head of Upper School and, from September 2017, will be Assistant Head Pastoral. Beyond his academic and pastoral responsibilities, Elliot very much enjoys the co-curricular side to school life, part of which has included the organisation of and participation in many trips to France (Paris and Montpellier) and to Germany (Tübingen, near Stuttgart, and Berlin). As a linguist, Elliot is particularly drawn to the commitment of JKPS to Modern Languages, especially German, and to the wider educational opportunities that this offers.

Having enjoyed growing up in France as a native German speaker, Frederik is passionate about bilingualism and the opportunities it brings – not just the enhanced mutual understanding of cultures but also the personal learning benefit it entails in other subject matters. He is raising his children bilingually as a consequence and he was very happy to have been appointed to the governing body in 2016.

Frederik trained as an architect in Germany and the UK before moving to New York, working for a pioneering design and construction company. He moved back to London in 2002 and in 2009 established an independent local architecture studio, R2 Studio Architects, focusing primarily on low energy projects in the residential, education and community sectors.

Frederik moved to Herne Hill in 2008 with his family, living almost directly next to the school. His son has been attending Judith Kerr Primary School since 2014.

Over the years, you might have seen Frederik supporting various musical school events on his double bass or guitar.

Amy lives in Beckenham with her husband, her daughter, who attends JKPS, and baby son. She is originally from America where she grew up studying German beginning at an early age and through University. She is raising her children bilingually in German and English and hopes this will instil a love of language and other cultures in them.

Amy has a degree in Chemistry, but after working in the field for a few years, she decided to try something a bit more flavourful. She took a Culinary Arts degree and Masters of Nutrition simultaneously and is now also a licensed Dietician. After a spell as Executive Chef of Bellavitae, a small restaurant in New York City, Amy became Development Chef for a new healthy fast food chain, which is now in 10 locations in NYC. In 2009 she moved to London and married her English husband. She is currently the Quality and Nutrition Manager for Alliance in Partnership, a caterer who specialises in education catering. Amy writes menus and recipes for schools and helps make sure that all children have a healthy and satisfying school dinner. She was the second chef in the country and the first in London to win the Gold Food For Life Award for her menus. She currently works together with the Soil Association, local farmers and butchers to highlight the quality of British Farmers and Tradesmen. She hopes to complete her PhD in Public Health in the next few years.

Governor Data and Attendance Record in the last school year

Another fabulous Talent Show last week; and what a lot of talent there is at JKPS! A huge well done to all those who took part and a massive thank you to Miss Nemiah for organising. 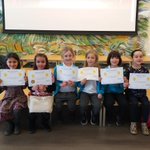 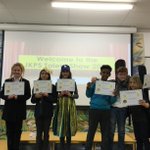 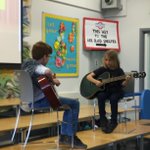 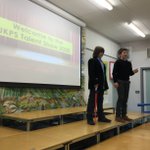 Listening to pianist and composer Solveiga Selga earlier this week was inspirational. What a treat to attend her recital! And well done to the children for being such great ambassadors for the school. 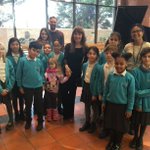 Year 5 took part in a fabulous workshop by @Blackpoppyrose to learn more about the valuable contribution of African, Black and West Indian soldiers during WW2. Thank you Selena for inspiring the children to learn about all aspects of a period of history. 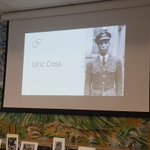 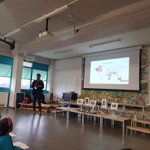