We are privileged to have known the renowned children’s author Judith Kerr, OBE, who agreed that we might use her name for our school.

Judith (14 June 1923 – 22 May 2019) was born in Berlin, but came to England with her family when she was twelve after escaping the Nazis and travelling through Switzerland and France as a young girl. She wrote about her early life in her autobiographical trilogy Out of the Hitler Time. Judith studied at the Central School of Art and later worked as a scriptwriter for the BBC. She married the celebrated screenwriter Nigel Kneale in 1954, and left the BBC to look after their two children Matthew and Tacy, who inspired her first picture book, The Tiger Who Came to Tea. She is also famous for the Mog series of picture books about the Thomas’ family cat and the strange things she gets up to. Judith’s books have sold over 9 million copies. She received an OBE for services to literature and Holocaust education in 2012. Judith celebrated her 90th birthday in June 2013 with the publication of her latest book Judith Kerr’s Creatures.

Judith was able to visit the school on many occasions. Whilst conscious of her position as a celebrity, she always preferred to spend time with the children, reading to them from her books, answering their questions, and above all hearing what they had to say. Her last visit was as guest of honour at our graduation day in 2018, when our first cohort of year 6 pupils completed their journey at JKPS and prepared to move on to secondary school. It was a magical and emotional day, over which Judith sprinkled her unique kind of stardust.

I first met Judith in September 2012, a year before the school opened, and not long after she had agreed to allow us to use her name. She welcomed us into her home in Barnes, made us tea, and introduced us to her cat. We chatted for a while before heading for lunch. Sprightly and fit, Judith led us on foot to a local restaurant, where they addressed her as Mrs Kneale and showed her to a favourite table. Over lunch, taken with a glass of wine, which Judith always enjoyed, we talked about our plans, about our visions for the school, and shared our reflections on language, belonging, and travel.

Back home, she almost ran up the stairs to find us copies of some of her books. And that was Judith: ever hospitable, sociable, enthusiastic, curious, supportive. Her warmth and generosity were entirely genuine, and I doubt she ever said a bad word about anyone.

One thing was clear to me from that and a later visit to Judith’s house. She was strongly conscious of her place in a family continuity – that of her writer father Alfred, nicknamed “Kulturpapst” in pre-Nazi Germany, her musician mother, her husband and son writers, and her artist daughter. I sensed that she understood the school to be part of her legacy, taking forward the gentle work of inspiring and civilising children.

Judith was rightly proud of her and her family’s achievements, but too modest to go on about them. Instead, I think they contributed to the drive and fire she had to keep working right to the end. In her work and in her conversation she never said too much, and everything she did say was to the point and helpful.

We’ll long remember and celebrate and learn from a wonderful friend of the school. Judith was a very special person. 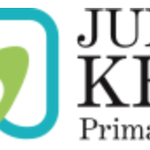 Congratulations to Finlay (Y3) for winning first prize in the 5-7 category @DulwichFestival Art Competition. The theme was sustainability.
And what a wonderful painting!
https://dulwichfestival.co.uk/art-competition-2020-theme-sustainability/ 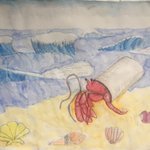 Lovely home learning from Reception who have been learning the life cycle of a chicken. They decorated eggs, made chicks and discussed it with their families. They also had fun acting out the hatching process, writing descriptions of their chicks and writing about each step. 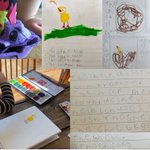 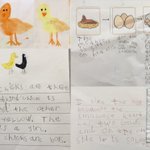 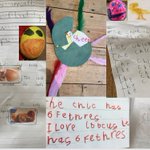 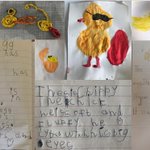