We are privileged to have known the renowned children’s author Judith Kerr, OBE, who agreed that we might use her name for our school. 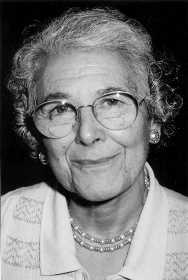 Judith (14 June 1923 – 22 May 2019) was born in Berlin, but came to England with her family when she was twelve after escaping the Nazis and travelling through Switzerland and France as a young girl. She wrote about her early life in her autobiographical trilogy Out of the Hitler Time. Judith studied at the Central School of Art and later worked as a scriptwriter for the BBC.

She married the celebrated screenwriter Nigel Kneale in 1954, and left the BBC to look after their two children Matthew and Tacy, who inspired her first picture book, The Tiger Who Came to Tea. She is also famous for the Mog series of picture books about the Thomas’ family cat and the strange things she gets up to. Judith’s books have sold over 9 million copies. She received an OBE for services to literature and Holocaust education in 2012. Judith celebrated her 90th birthday in June 2013 with the publication of her book Judith Kerr’s Creatures.

Judith was able to visit the school on many occasions. Whilst conscious of her position as a celebrity, she always preferred to spend time with the children, reading to them from her books, answering their questions, and above all hearing what they had to say.

Her last visit was as guest of honour at our graduation day in 2018 (pictured below), when our first cohort of Year 6 pupils completed their journey at JKPS and prepared to move on to secondary school. It was a magical and emotional day, over which Judith sprinkled her unique kind of stardust.